London is known as the most visited city according to the tourism index and best destination of study in UK. The city is known for its cleanliness, greenery, and diverse culture and also for possessing a population that belongs to different countries all over the world. It is also the largest state in Great Britain and also of the United Kingdom. The architectural association school of architecture (or AA School of Architecture) is known as one of the best schools providing architecture courses in UK.

Why choose this School?

The AA school of architecture is known as the oldest and the most prestigious institution in London as well as the United Kingdom.  The school is famous for producing top-class architects in UK and also focuses on enhancing the skills which an architect must possess. It only accepts limited students in a year approximately 600 to 700. Due to its small class size and eminent facilities, students get the exposure and practice more for their dream projects and also for their bright future.

The motto of the school is designing with beauty and building with trust. The AA School of Architecture has 2 campuses located in two places, one in London (Urban campus) and the other in Hooke Park (Rural campus). This institute enrolls a larger number of international students in comparison to others.

For the students applying for the bachelors in architecture,

For the students applying for the master’s courses in architecture,

The Architectural Association School of Architecture courses present a uniqueness as the school only provides courses related to architecture. You can pursue a bachelor’s degree, diploma, master’s degree, M.Phil. Or Ph.D. degree in architecture. A few lists of courses are given below: 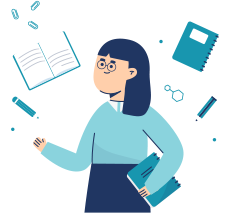 The Architectural Association is dedicated to providing opportunities for the most brilliant students from across the world to learn at the school. Presently, one in every four students receives monetary support in the form of a scholarship, bursary, or assistantship.
View Detail

The introduction week is scheduled from September 20 to 24, 2021. On the other hand, the staff induction day is mandatory for all academic staff personnel and is scheduled for September 23, 2021.
These dates have been reported here, as mentioned in the official academic calendar released by the Architectural Association School of Architecture.