Huddersfield University (formerly known as Huddersfield College) is a public research university in Huddersfield, West Yorkshire, England. It has been a university since 1992, but its roots may be traced back to a number of 19th-century institutions. It has prioritised teaching quality, gaining the inaugural Higher Education Academy Global Teaching Excellence Award and earning a Teaching Excellence Framework (TEF) Gold Award both in 2017. It was tied for first place in England in terms of the proportion of its staff with a teaching qualification in 2020.

Huddersfield University was founded in 1825 and is a founding member of the Northern Consortium as well as a member of the Yorkshire Universities. It is housed on a single campus in the north of England, just outside of the city.

At the 2012 Times Higher Education Awards, the University was named Entrepreneurial University of the Year, and at the 2013 Times Higher Education Awards, it was named University of the Year. Many courses provide a'sandwich' option involving a work placement with a variety of partner employers, and it has been recognised for its graduate employment scores.Human and health sciences are the most popular courses, and the University often scores best in these and other vocational areas like as social work, teaching, engineering, and music because of its technological background. Sir Patrick Stewart of Star Trek renown is the University's Chancellor, and he has also taught acting master classes to students.

Students arriving at Manchester International Airport can use the University of Huddersfield's 'Meet & Greet' service, which includes transportation to Huddersfield. A series of events has been organised to assist overseas students in registering with the university, registering with all appropriate authorities, meeting other new students, learning more about their course, and becoming comfortable with the campus and area. An orientation event is an informal gathering where prospective overseas students can connect in a casual setting. It's also a chance to ask university support workers any questions that may have come up during the registration process.

In addition, the Students' Union organises a variety of day trips for overseas students, giving them the opportunity to experience more of the UK while they are studying. This is in collaboration with the university's numerous international societies. For overseas students, the International Study Centre (ISC) offers degree preparatory courses that last up to a year before and throughout their studies. Students who desire or need to enhance their English score before entering a course can take pre-sessional English courses.

The University recommends the Storthes Hall Park Student Village and Ashenhurst Student Houses, both of which are privately owned and run. Storthes Hall is located in parks to the south of town and offers en-suite single, double, and handicapped bedrooms in shared flats of six to eight students, which are specifically built for first-year students.

Ashenhurst Homes are located in the woods near campus and offer 279 single rooms in shared houses of six to eight students, all with shared amenities such as a community lounge and kitchen/dining area.

Queensgate, the main campus, is located south-east of Huddersfield town centre. Huddersfield is a historic market town in West Yorkshire, located 310 kilometres north of London and 16.6 kilometres south of the nearest metropolis, Bradford. It is the UK's tenth largest town and has one of the highest concentrations of listed buildings. 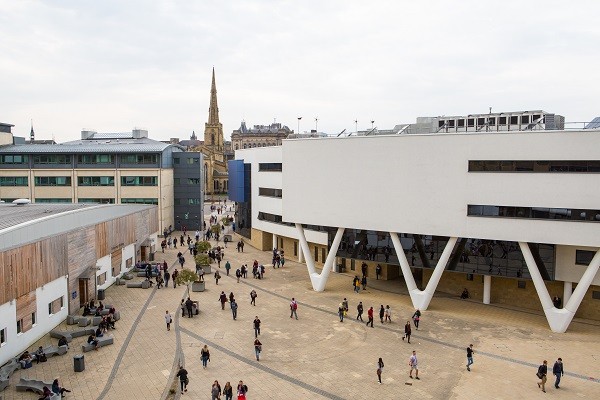 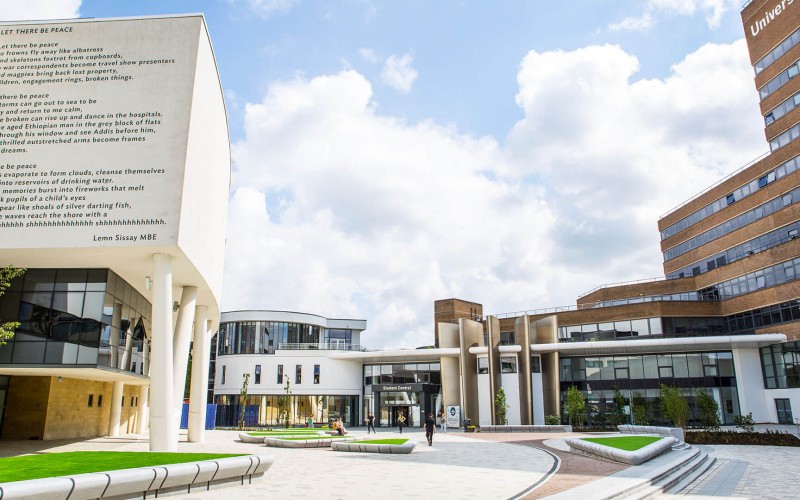 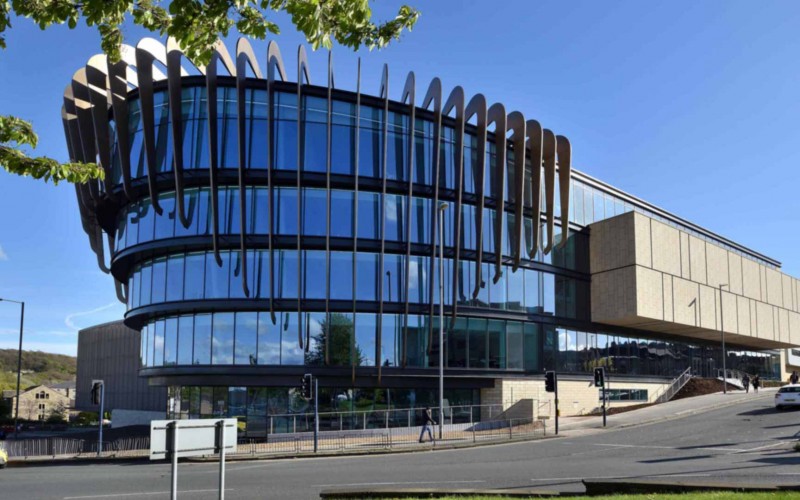 Applicants must have been offered a place on a taught undergraduate or postgraduate course at Huddersfield Business School, School of Education & Professional Development, School of Art, Design & Architecture, School of Computing & Engineering, School of Music, Humanities & Media, or School of Applied Sciences in the September 2021 or January 2022 intake.
Applicants must be self-sufficient in order to be considered.
For Masters with Placement or Professional Practice Programs, the scholarship is not accessible.
The scholarship is only open to new candidates; it is not offered to current students at the university.
To be considered, applicants must complete the application process outlined below.