Queen Mary University of London (QMUL, or informally QM), is a public research university based in London, England. Queen Mary is a member of the Russell Group of British research universities, the Association of Commonwealth Universities, Universities UK, and a member institution of the Federal University of London. Its foundation dates back to the establishment of the London Hospital Medical College in 1785. Having its roots in healthcare, Queen Mary’s dentistry and healthcare cases are acknowledged and respected worldwide.

The three faculties that makeup Queen Mary University are Barts and The London School of Medicine and Dentistry, the Faculty of Science and Engineering, and the Faculty of Humanities and Social Sciences.

The Mile End campus is the largest of all the self-contained campuses at London-based Russell Group universities, and it contains the Faculty of Humanities and Social Sciences, the Faculty of Science and Engineering, the Queens' Building, the main college library, the student union, several restaurants, a number of halls of residence, and a gym.

Following the introduction of the A* grade at A-Level in 2010, Queen Mary became one of the few university-level institutions to apply it to some of their most popular subjects, such as Engineering, Law, and Medicine.

Around 32,000 students study at the 21 academic schools and institutes of Queen Mary University, where over 40 percent come from overseas, representing over 170 different nationalities. Queen Mary has awarded over £2 million in studentships to prospective postgraduate students. 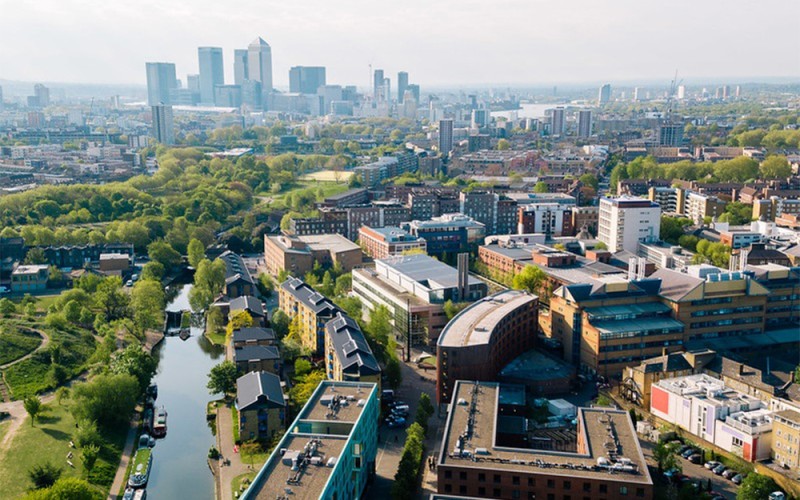